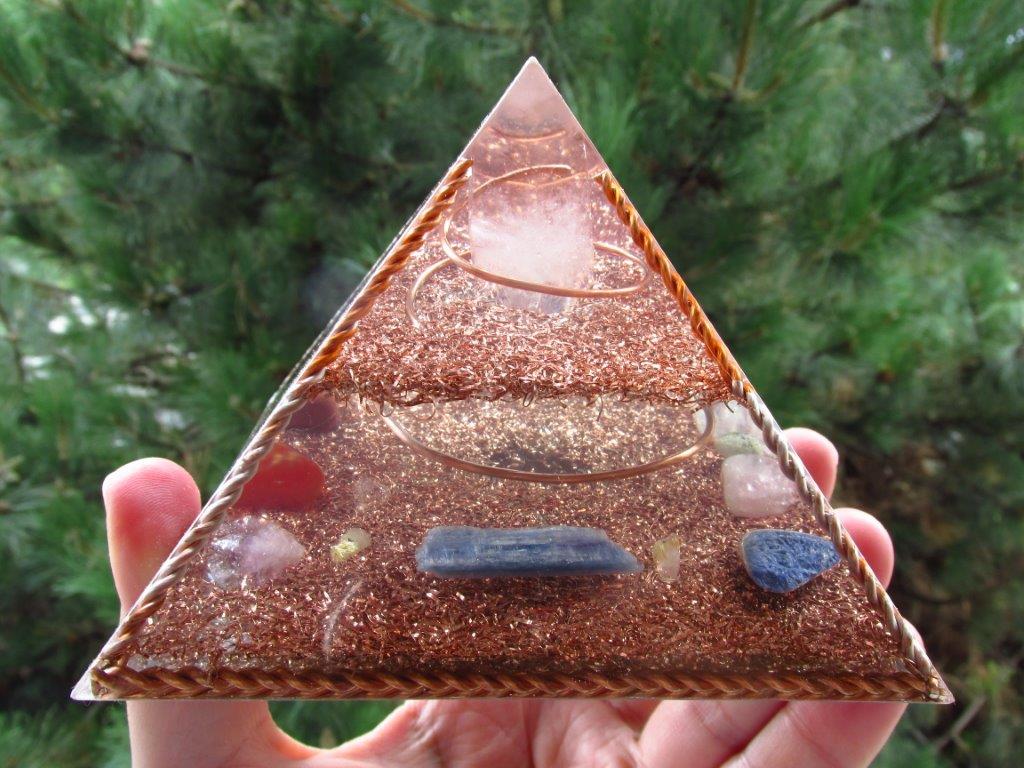 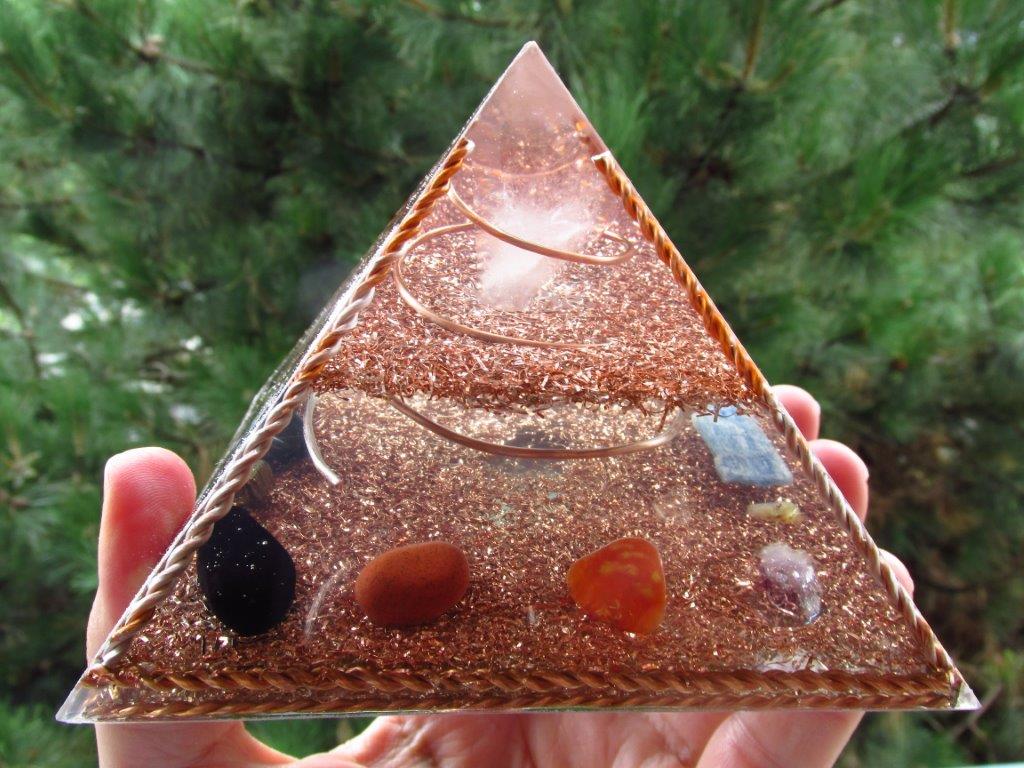 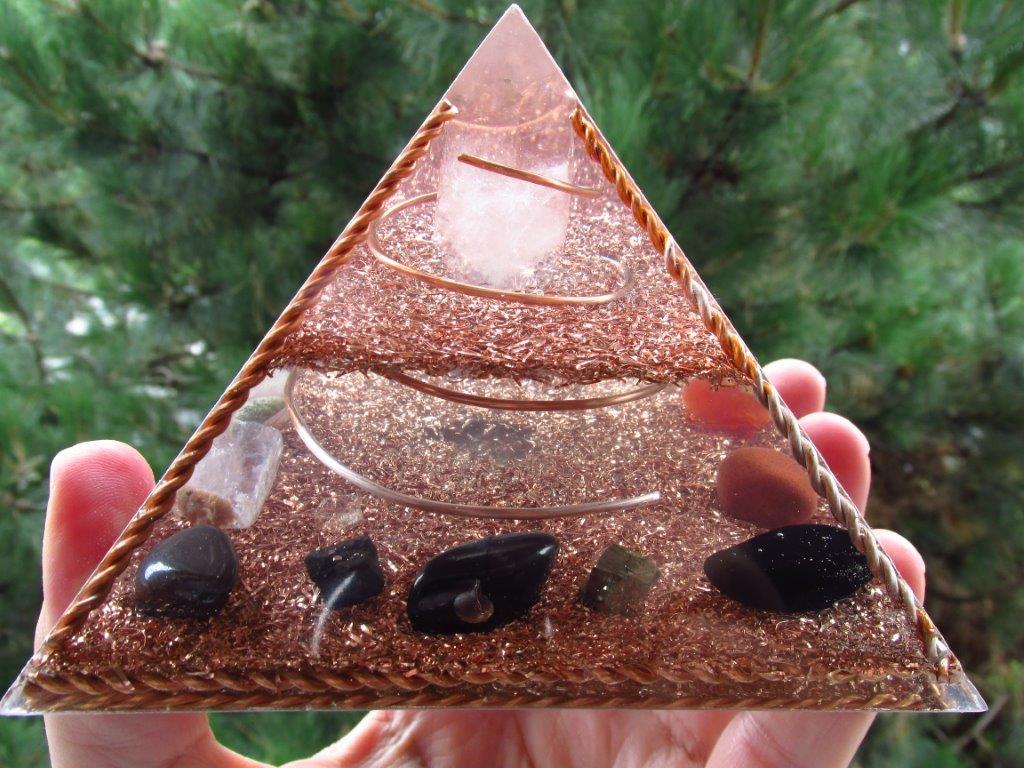 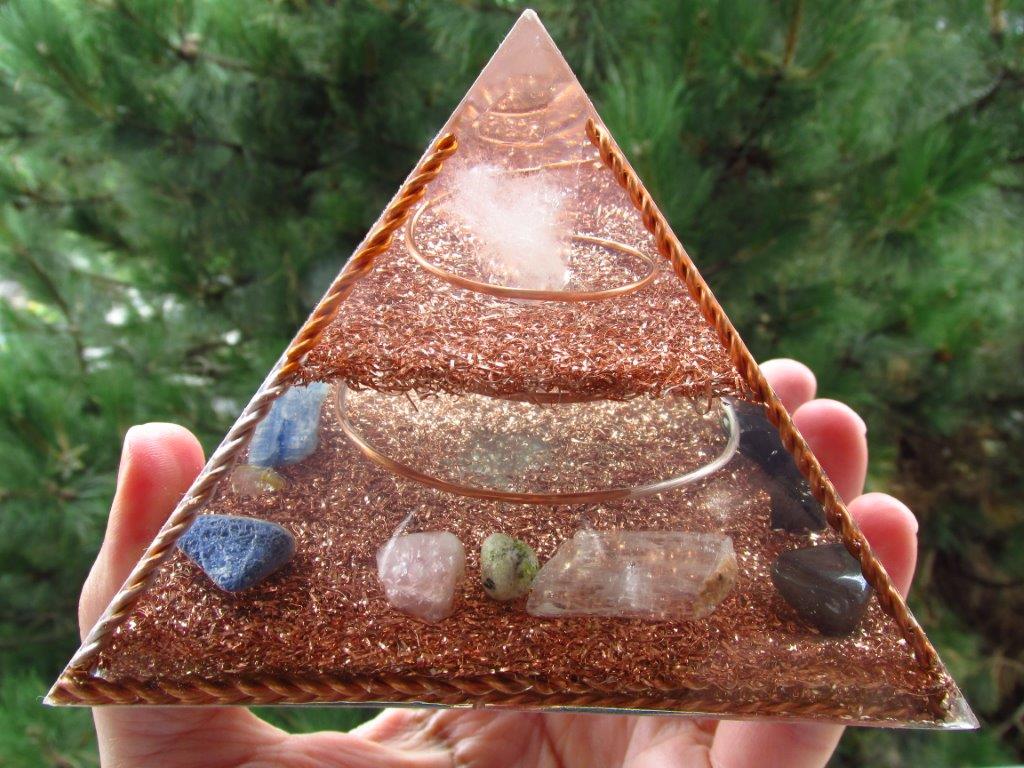 The creation of the Copper Frame Orgone Pyramid came about after reading that pyramids gather energy along the edges, and not the facing. So I wondered if an orgone pyramid would be able to channel more energy with copper wire along all the edges. I braided two copper wires to spiral the energy and direct it upwards. After it was made I shared the prototype with my lightworker friends to get their opinion. The first impressions were that it looked amazing, and everyone confirmed that it was indeed extremely powerful, some saying the most powerful I've ever made. I then realized these would be the perfect pyramids to place in energy vortexes as it would be able to conduct more energy.

This pyramid has a copper frame by all the edges. It rests a little bit below the top to allow the Double Terminated Quartz to be at the tip. The crystals in this pyramid include:

Blue Kyanite, Selenite
and for the rest of the crystals please check the FAQ page for a more detailed description