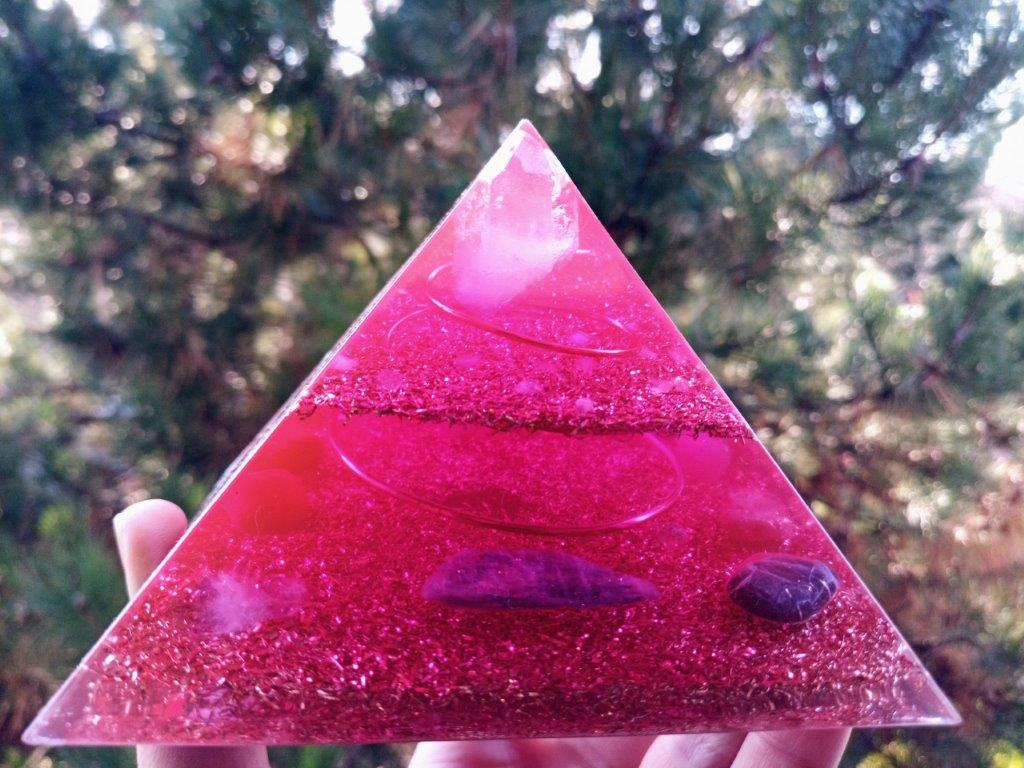 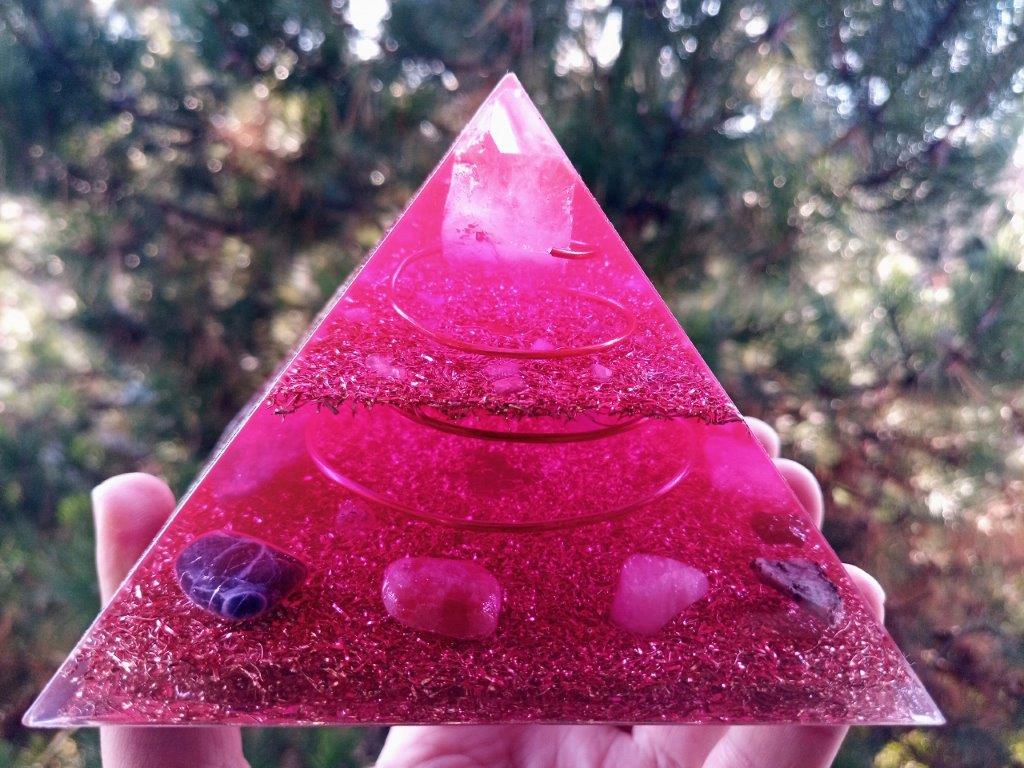 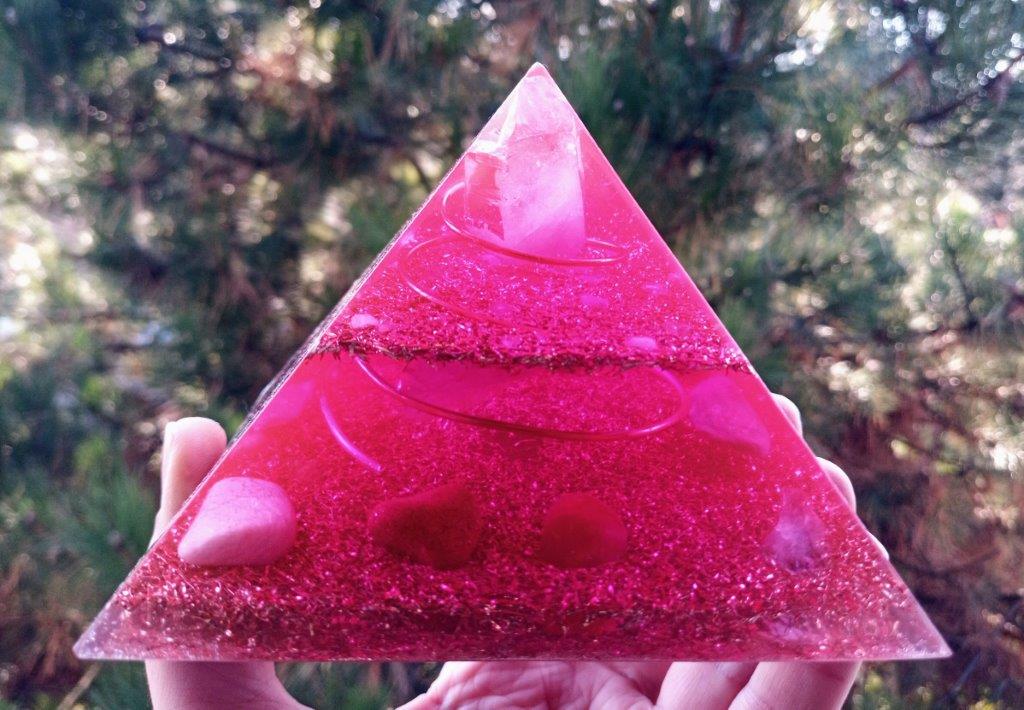 The inspiration for the Divine Love Pyramid came from some female friends who wanted a more "girly" Orgone Pyramid, and suggested a Pink one. When I first shared this new pyramid I was really surprised as everyone felt a huge Love Energy coming out of the Pyramid. This may be due to the piece of Rose Quartz I placed in the center of each pyarmid as well as by the Intent of the Creation. If you like, you can experiment with putting Rose Oil on the outside of the pyramid to enhance the properties.

There is a double terminated Quartz at the top resting on a bed of  Rose Quartz, as well as a large Rose Quartz in the center. This pyramid also includes:

Many years ago I had a call from a customer who bought this pyramid to help out her relationship. She told me that only after one week her husband had "changed". He was more loving and attentive to her. She was thrilled at the results the pyramid achieved. And I realized yet again how powerful these orgone pyramids are in bringing everyone around them to higher states of being.