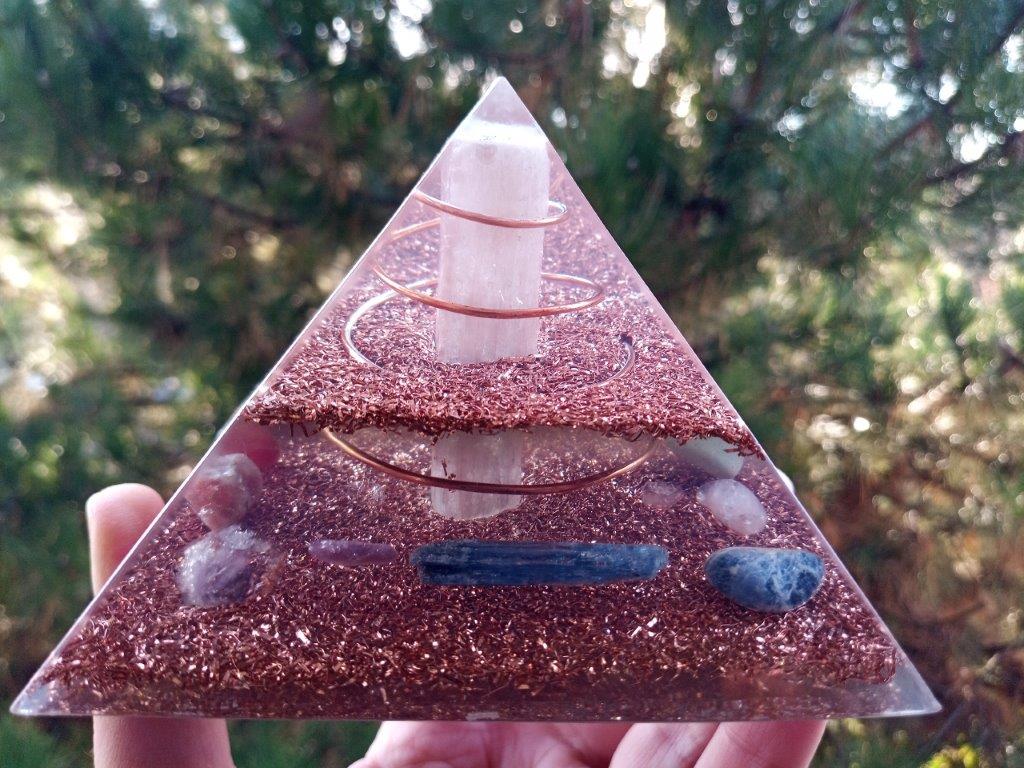 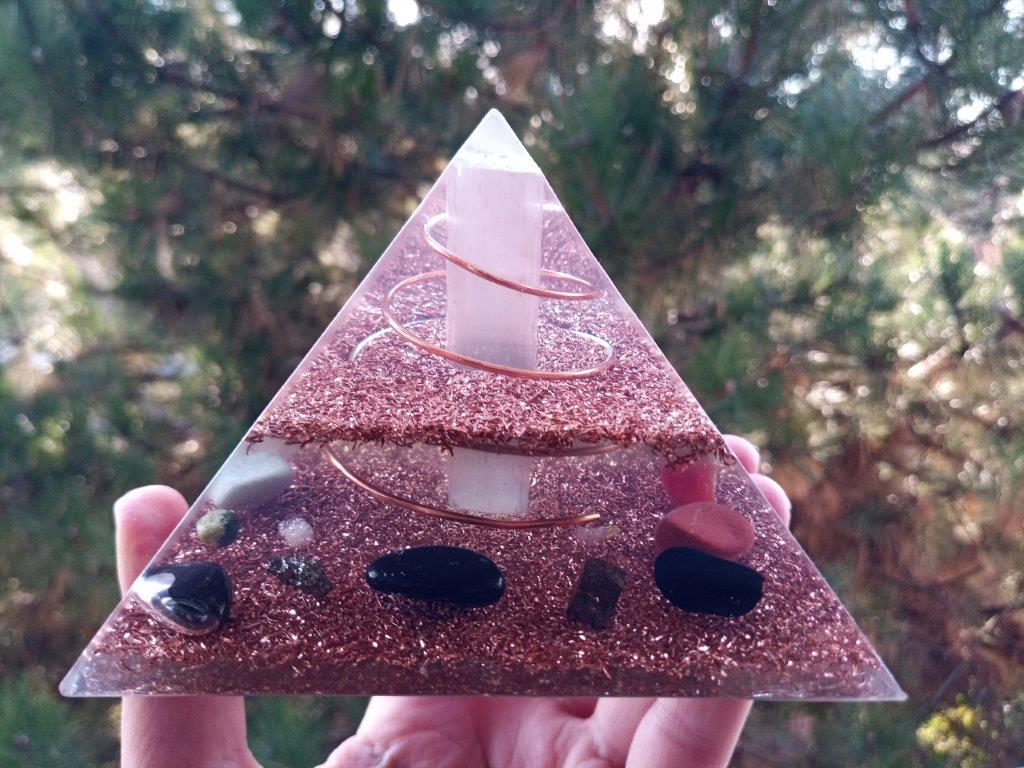 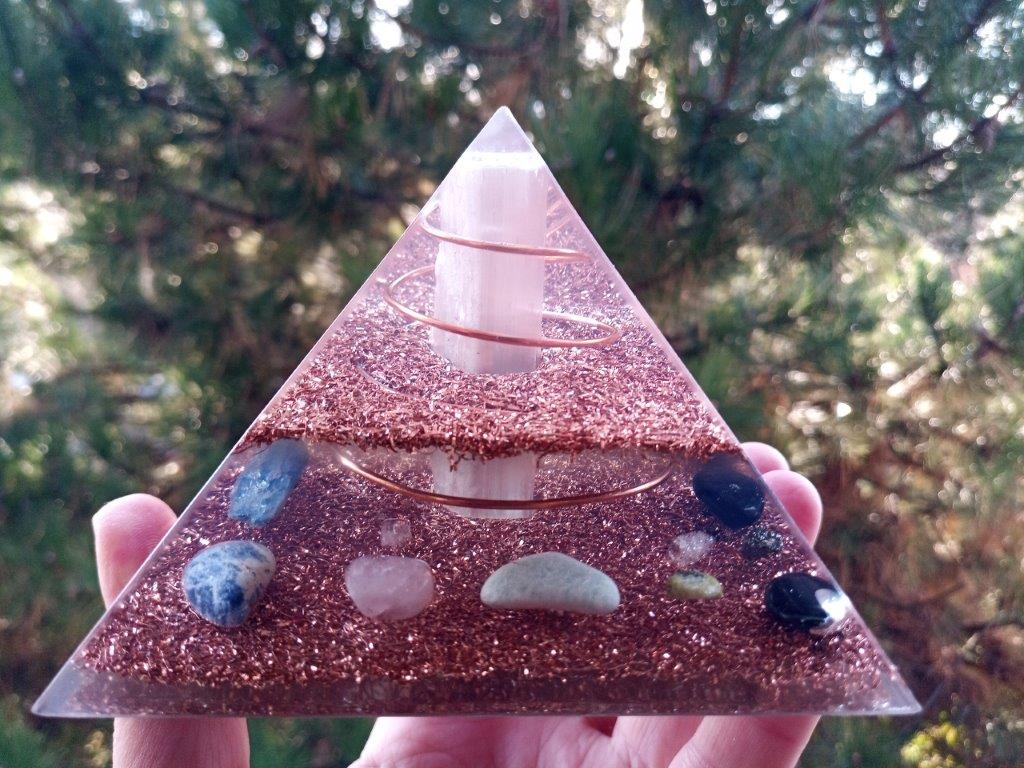 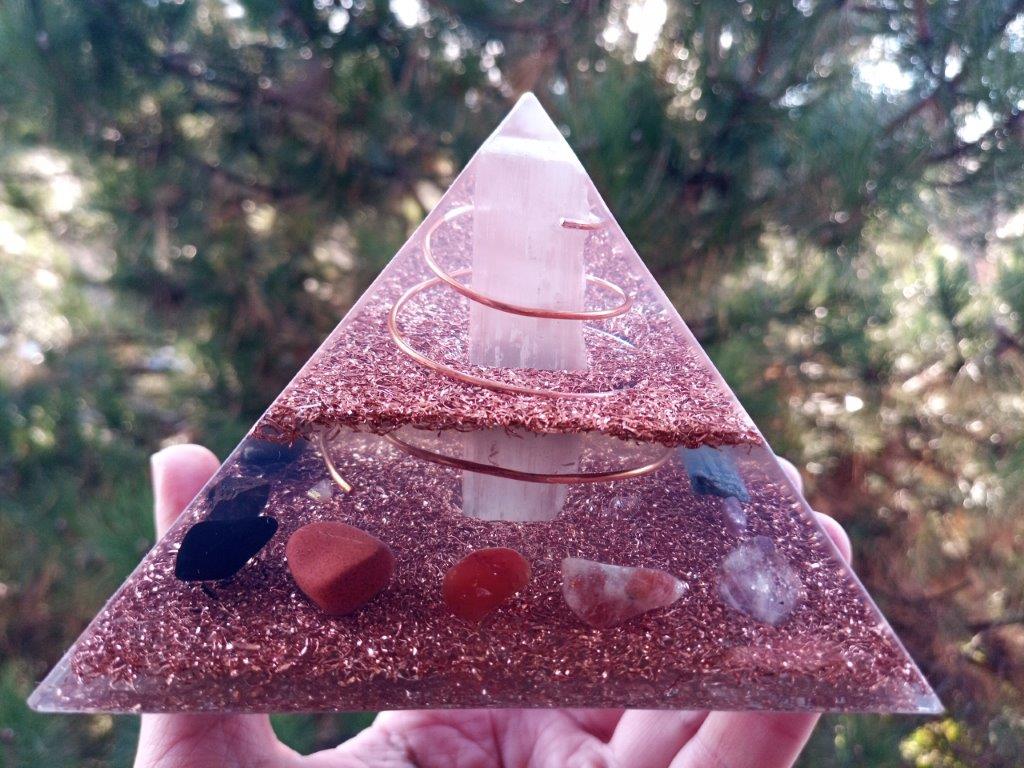 The Selenite Orgone Pyramid was created to take advantage of the rare special ability of Selenite crystals to be both clearing and charging. When I first read about this, I immediately began adding Selenite to every orgone that I made. But also wanted to make a more powerful version, and this pryamid is the result. It is said that Selenite will amplify the energies of different crystals, so I added crystals to cover all the Chakras. This is the perfect pyramid to use if you want to quickly clear your auric field. Also, Selenite is one of the top crystals for the Third Eye and Crown Chakra. One way I envisioned this pyramid being used is holding it in front of you at the level of your crown, then slowly moving it down the front of your body, stopping at any area that you "feel" needs some work. Also this is a great pyramid to be used in an octahedron formation, being on the bottom and a different pyramid being above. This way it will charge and amplify any of your other pyramids.